Get Ready for the Stuff of Life 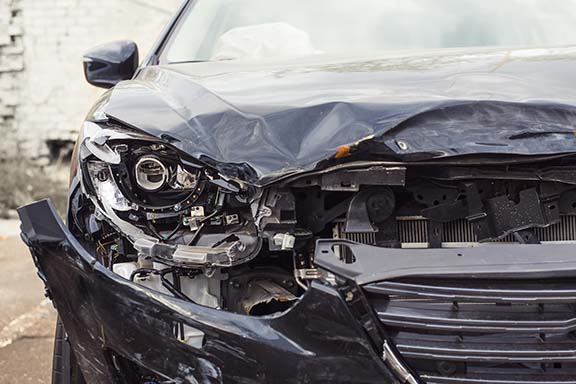 A few days before Thanksgiving, I was veering right onto an Interstate onramp when I had to yield to oncoming traffic. Then BAM! A Toyota Tacoma slammed into the back of my little Kia. Worst part was I never saw it coming.

Fast forward 2.5 weeks later. I’m in my new-to-me SUV that replaced my totaled Kia. It’s 10 p.m. and I’m bringing my 14-year-old daughter home from the skating rink. We were stopped at a red light, when BAM! A lady turning left onto my street missed her lane completely and ran head on into my new car. This time I saw the whole thing coming, but there was not a darn thing I could do to stop it.

Did I ever think I would be in two accidents, less than three weeks apart, where I was literally just sitting there in my stopped vehicle? Of course not. We all know stuff happens – just not to us, right? I honestly hope not, but the sad truth is none of us are immune. Sometimes we never see it coming; other times it heads right at us, but there’s nothing we can do to stop it.

My purpose for this week’s column, then, is to encourage you be proactive, so if the “stuff” of life does hit, at least you’ll have a bit of protection. Here’s how:

Get Covered. I worked for State Farm for over four years while attending college, so I learned about the importance of having good, thorough insurance coverage early on. Too often, we think of insurance as something we have to have, but it’s really something we need to have.

In this industry, a lot of contractors just go in and get the minimum insurance that’s required — if any at all — not really understanding what is and is not covered. In his book, The Pressure Cleaning Marking Bible, my friend Steve Stephens tells a story of a sandy-faced brick house that his crew started washing with too high of pressure. (Note this was back in the mid-1990s, before “softwashing” was the preferred process.) As a result, they turned a section of the beautiful pink-faced brick house bright red. Because he did not have care, custody, and control coverage, the damage itself was not covered. He ended up paying over $20,000 out of pocket to replace the section of the home. Luckily, Steve had enough to cover the damage. However, for many, a mistake of this magnitude could easily wipe out their company.

Beyond business insurance, however, what happens if you get sick, injured, or worse? Will your company be ok? Will your family be ok?

As a business owner, and especially as an owner/operator, it’s so important to have coverage that will take care of your family if something happens and you cannot work. Short-term disability insurance (think Aflac) is one such option. Another option may be to take Worker’s Comp out for yourself in case you are injured on the job. Finally, if you don’t have life insurance, get some for your family’s sake. Do it now. The younger and healthier you are, the less expensive it is.

Get Trained: At J. Racenstein, we take safety seriously. Not only do we carry a wide selection of tools to help keep you safe on the job, we regularly provide safety training at our facilities and at industry events. For instance, we will be teaching a free full-day OSHA safety training class February 20 at the PWMCA Expo in Myrtle Beach, SC. We are also helping subsidize the cost of the OSHA 10-hour Training Course with Lawrence D. Green at the upcoming IWCA Convention and Trade Show, January 22-25 in Savannah, Georgia. You can keep up with all of our training classes on our website.

Get Serious: Do you have policies in place that you make your employees sign off on, like wearing safety gear on roofs, not holding cell phones while driving, or wearing seat belts? If not, you need to, and you need to be willing to follow through with consequences if your employees break those agreements. It’s for your safety as well as theirs.

Get Smart: A few weeks ago, I mentioned that a window cleaner died after falling from the roof while hanging Christmas lights. I don’t know the details of the situation, but someone on Facebook commented he had seen the roof in question and it was a dangerous one.

There are some jobs that are just too dangerous to do safely. When debating on whether or not to take a potentially dangerous job, just compare the amount of money you’d be getting from the job to the amount of money you’d lose if you or someone on your team was injured or killed. As JRC’s Doug Apt likes to say, “It’s safer to walk away and live to clean another day!”

Get Healthy. Ugh. This is the no-fun one. Let’s face it though. Eating poorly, not exercising, drinking excessively, smoking, and burning the candle at both ends rarely have a positive effect on our bodies or minds. It’s bad enough getting injured or sick when you are employed by someone else. But when you’re self-employed, your health is your livelihood. Think of it as an investment in your business, your family, and your future.