The Gift of Second Chances

"Would you hire a convicted felon?"

This question was recently brought up in the Power Washing, Soft Washing & Window Cleaning Worldwide Facebook group, in a post that got a over 115 responses. The answers were understandably mixed. Most agreed that almost everyone – with the exception of those convicted of violent crimes – deserves a second chance, but not everyone felt like it was their place to give it to them. This was especially true for companies who do a lot of residential work, where employees would be working around and inside of homes.

Some companies shared that they had tried hiring former convicts, only to have items stolen or worse. But others have hired convicted felons and had wonderful results. One such example is Aaron Williams of HomeWash Exterior Cleaning, who stressed that he believes “if they’ve repaid their debt to society, they deserve a fair chance. I’ve found them to be the hardest working, humblest workers ever.”

Several people echoed Aaron’s experiences. A few, in fact, mentioned they primarily hire convicted felons. And perhaps more surprisingly, several of those who responded were convicted felons themselves who later went on to own successful cleaning companies. 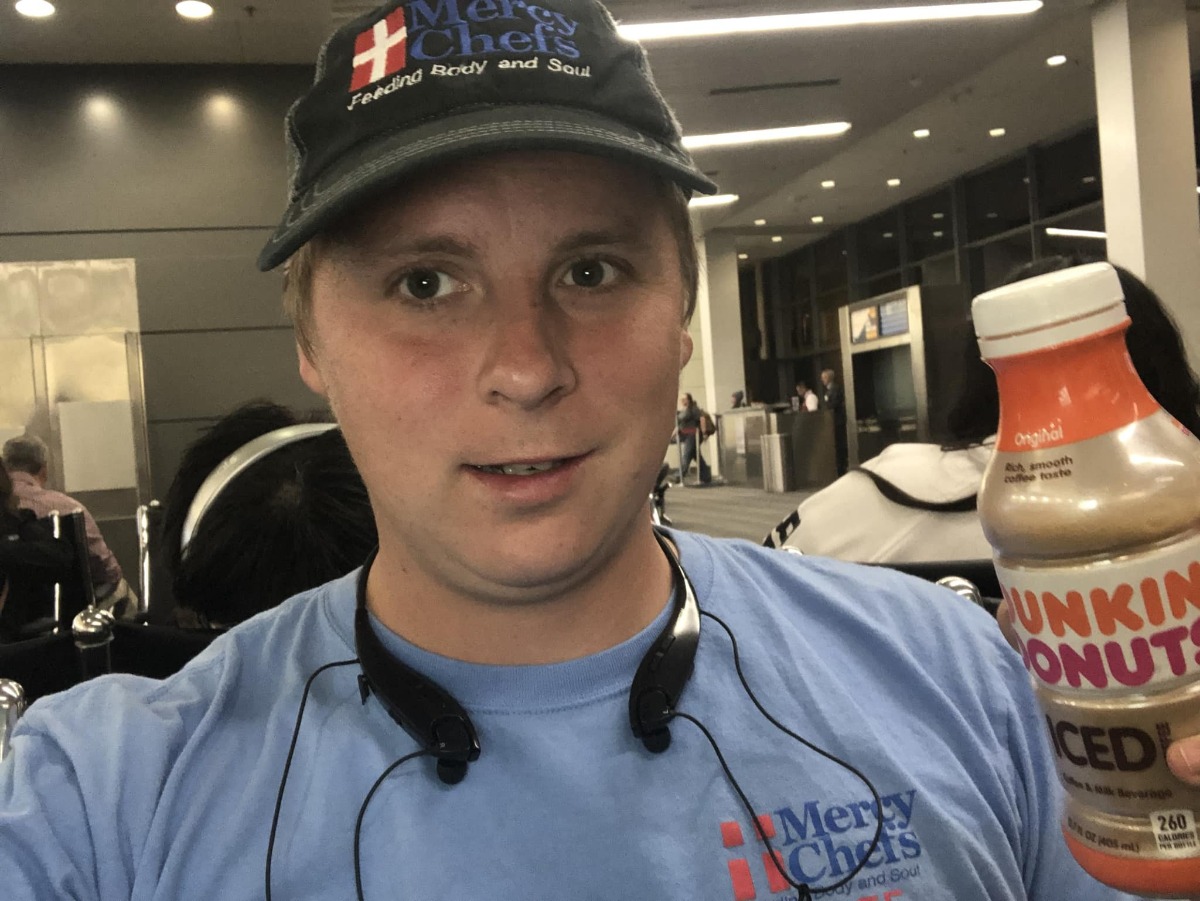 Dustin Force catching an early flight to "go feed body and soul to the hurricane victims, first responders, and all those devastated down in Florida." As he posted on Facebook, " I’m thankful for every opportunity I get to do this. I pray that God continues to push through all of the stuff in our lives and our work and our businesses, and do what’s uncomfortable. Do what hurts. Do what matters and changes lives."

I first met Dustin Force a few years ago at the Huge Convention, and I shared part of his awesome story in eClean Magazine. See, in addition to owning Extra Mile Power Washing, Dustin is a professional chef and a regular volunteer with Mercy Chefs, a non-profit, faith-based group that travels to disaster sites to fix professional-quality meals for first responders. Dustin has traveled around the country to help prepare meals during several hurricane cleanups, as well as in the middle of the California wildfires.

What I didn’t know until recently – and never in a million years would have suspected – is that Dustin is also a convicted felon. Dustin gave me permission to share his story with you.

When Dustin was 19 years old, he wanted to attend culinary school but didn’t have the money. He was working as a line cook when he and his boss/friend came up with a to plan to fund his dream: counterfeiting money, specifically $10 bills. Needless to say, after making around $200, they were caught and facing felony charges.

Dustin’s conscience got the best of him, and he confessed to the whole thing. At age 21, he was found guilty of forging a bank note in West Virginia and distributing a fraudulent bank note in Virginia – two felony counts. He was sentenced to 25 years in prison, which was waived for five years of supervised probation and some community service.

“From that point forward, I busted my butt, got a promotion and raise at work, paid off all fines, restitution, community service, and $10,000 in lawyer fees within a few short months,” he explained. “I got off probation after just 2.5 years and never looked back.” Dustin soon got into a local culinary school where he excelled. He landed a job and became the executive chef for a Hilton property, and in 2014, he was accepted into the Bachelor’s program at Johnson and Wales.

However, even with those successes, his felony charges came back to haunt him. Before working for Hilton, he was conditionally hired for “dozens of jobs,” only to have the offers yanked away once they ran a background check. “This ultimately led me to start Extra Mile Power Washing. It put me back in control,” he explained. And with that control, Dustin has been able to make time for his passion and ministry through Mercy Chefs.

Following Hurricane Harvey, Dustin spent four weeks in Texas, where Mercy Chefs served over 100,000 meals.  "Had I been working a job instead of owning my own company, I could never have been able to put everything on hold and disappear for a month. Some customer service slipped as I am an owner operator, but it was a cost I was willing to accept to serve others."

Back to the original question:

Would you hire a convicted felon?

According to the Justice Department, approximately 2.3 million Americans are behind bars at any given time, and more than 600,000 prisoners are released every year. Additionally, a large number of convicted felons never serve actual time behind bars.

Research has also found that ex-convicts who have a smooth reentry into society -- including a paid job -- tend do better at straightening out their lives and not getting back in trouble.

One of the biggest grumblings in our industry is the lack of good workers. However, several people have found convicted felons to be some of their best workers ever. According to an article in

, there are some good reasons for this:

Obviously, these are blanket statements. Not everyone who has served time is going to rise to the top. Some, sadly, will return to their old ways.

Hiring convicted felons may not be the right choice for your company. It’s certainly reasonable to not hire someone with a recent conviction, especially if it is related to the work they’ll be doing. But, if you have a blanket policy against hiring individuals with a criminal record and you’re struggling to find good help, you may not want to automatically disqualify individuals who don’t pose an obvious risk.

Johnny C. Taylor, Jr., president and CEO of the Society for Human Resource Management (SHRM), recommends keeping these things in mind: whether the conviction is job-related, the nature and gravity of the offense, and how much time has passed since the offense or completion of a prison sentence. Taylor declared, “With unemployment falling below 4%, employers must think differently about both jobs and the people who can fill them. A criminal record should never be viewed as an automatic disqualification for employment.”